The mystery of ash continues in this latest newsletter about… well, ash.

Ash has so many beautiful characteristics and perfect imperfections. One way to identify an ash tree is by the branches that grow directly across from one another. When many people think of ash, they imagine a white color, but the beautiful deciduous tree has a brown heart, which I have previously mentioned in an earlier newsletter. But for this article, I like to let you in on a little secret. A special little worm can sometimes be found in ash – and it’s not a pest for the tree. 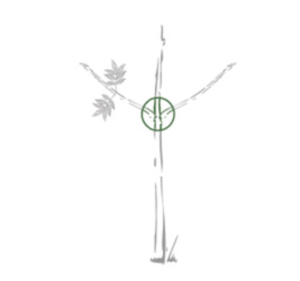 Picture: Has branches that grows directly across from one another

This occurrence is the concept of glassworms but it is not a worm as you’d normally think. Glassworm tracks are visual characteristics that is commonly found in ash. Glassworm appear as a zigzag pattern across the growth rings and along the grain of the board. Ash is known for straight grains which then make the tracks of glassworms more visible and distinctive. Sometimes, black spots can also be associated with these marks. But these marks don’t appear by themselves. The zigzag tracks are caused by a group of insects called the cambium borers.

Cambium Borers burrow into the layer just below the bark of a living tree during the growing season. This layer is called the cambium and this is where the new wood starts to grow. As the insects continue to bore into the new and flexible wood, it creates the tunnels of damaged wood. The living tissue in the tree reacts by filling these voids with scar tissue. Similar to what happens to humans when we get a cut and the skin heals to leave a scar. This process under the bark disrupts the cambium growth and results in these very distinctive marks. Glassworm tracks are not considered a defect in ash lumber because it is quite common to have this in your wood. At NHLA, they describe it as random mineral-like tracts (AHEC Species Guide magazine; page 80).

However, there are examples of ash without glassworm in it, but it is very rare and extremely localized. Professor Daniel L. Cassens mentions that only white ash logs from the Shenandoah Valley in Virginia are reported to be free of glassworm. In his interesting article from 2007, he also mentions something called Turkey Tracks that can also appear in ash wood.

Turkey Tracks are also marks left by the cambium borer and it can even leave something called Pith Fleck too. All of these marks are described as three distinctive visual characteristics; yet, all cause by the same group of insects.

Pith flecks commonly occur in maples and birches; however, they can also be found in many other hardwoods, including basswood, willow, cherry, and aspen. They typically appear as small oval spots in cross section, but as they are somewhat irregular, they are not classified as defects. Turkey tracks in white ash are very similar to pith flecks, but with a different pattern. The marks have a close resemblance to turkey feet, hence the name. Glassworm differs in the sense that they leave long crisscrossed tracks.

When the timber is machined, the characteristics will be revealed on the newly exposed surface and it might include some of the three marks mention; namely, pith fleck, turkey tracks, or glassworm. Because these features are small in size and well distributed within the wood, their structural damage is insignificant and are typically only considered visual defects.

Some might be left with a feeling of this making the wood worth less or in a poorer state. But as the effects only matter to the visual representation, the structural process within the wood is still of the highest quality. The marks make the wood personal and showcases the organic nature of wood as a material. They tell the story of this particular piece of wood and make it stand out against the next piece and so on.

Let’s finish ash off with a fun fact about ash:

“Fun fact: The scientific name of Ashwood is called “Fraxinus”, a Latin word for “spear”. Its name originated from the spear-like leaves of the tree, and also due to its common usage in ancient weaponry, particularly the shafts of spears.” – Grey and Sanders, 2021

This website uses cookies to ensure our users get the best experience possible. Cookie information is stored in your browser to recognise you when you return to this website and helping our team to understand which information on the website you find interesting and useful.

By navigating the tabs on the left hand side you are able to adjust your cookie settings.

This should be enabled at all times so that we can save your preferences for cookie settings and provide you with the best experience.